At the beginning of 2016, we were appointed as Architects to convert this beautiful stone ruin into a new home. The former house, originally known as ‘Newhouse’ has been part of the North Ayrshire landscape since long before 1850. We believe it was last inhabitated over seventy years ago, since then it has been modified and changed several times during it’s life as an agricultural store and cow byre. The new design preserves the existing stone walls and celebrates the layers of history that are an integral part of the structure and the wider site. 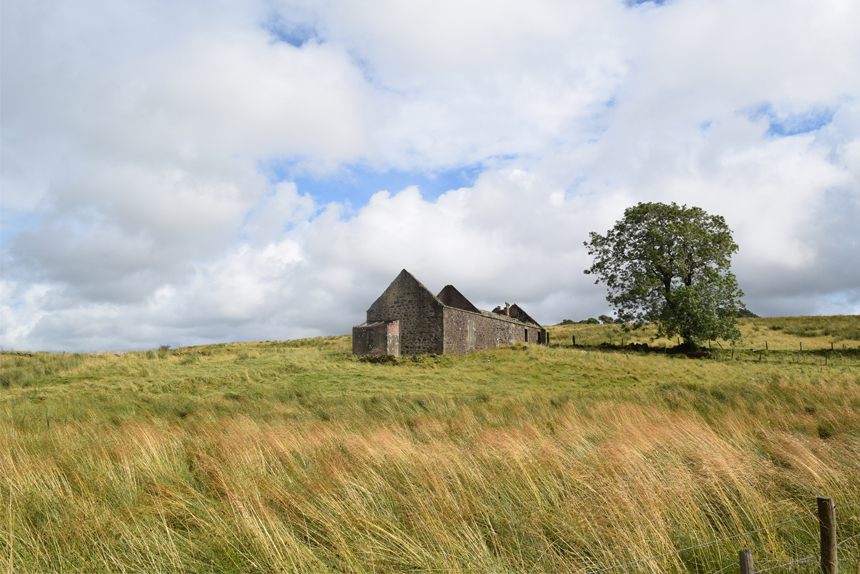 Phase 1 of the works started on site this month.(August 2017) The stone walls will be consolidated, raked out and re pointed. New openings will be formed in the existing structure, while historic openings, which have been filled in over the years will be re-opened. 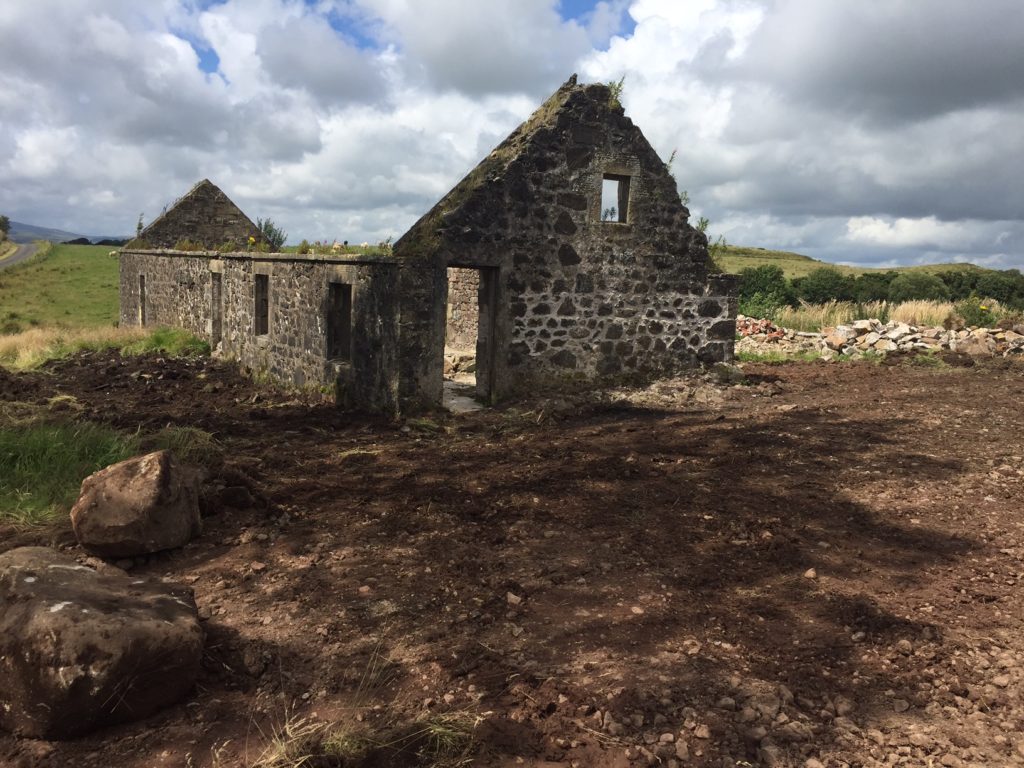 Work begins on raking out the portland cement and old mortar from the stone work. 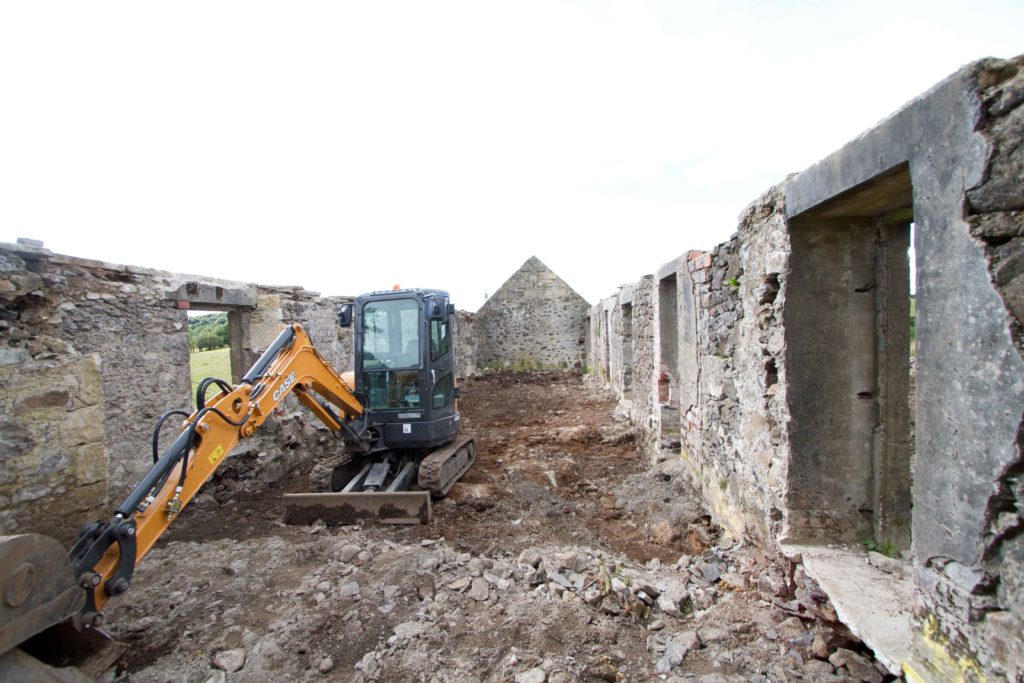 The internal structures and concrete slab are being removed and the levels are being reduced in anticipation for the new foundations. 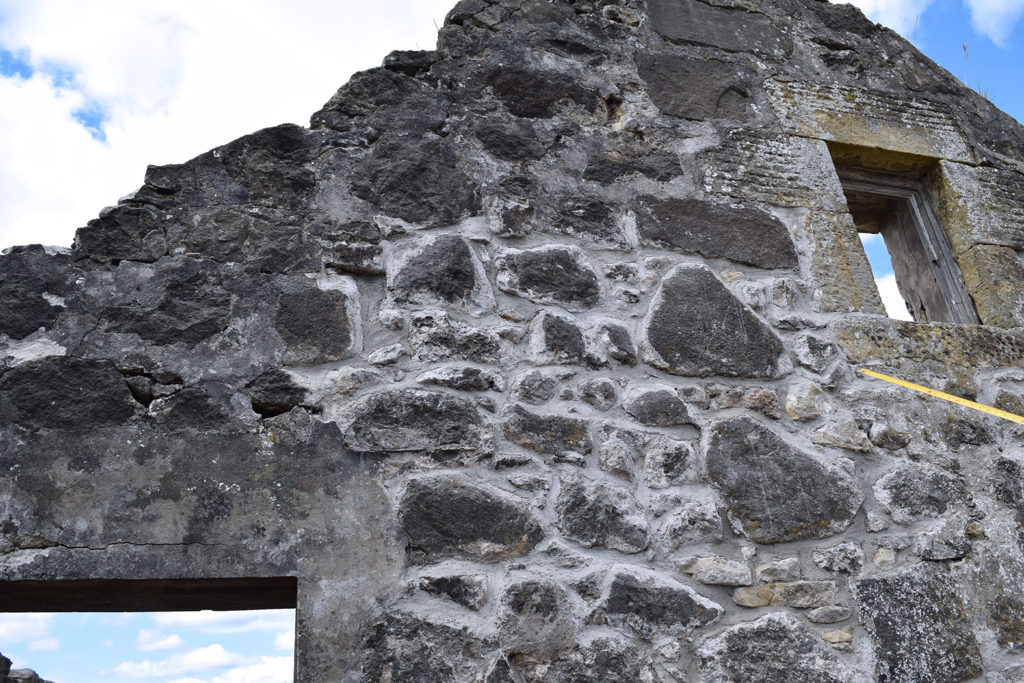 Re-pointing: In order to ensure that the lime mortar colour and mortar finish works with the existing stone work, several sample areas of lime re pointing have been undertaken by the Contractor. We’re really please with the choosen sample panel. The mortar works well with the stone and there is a good balance between the two. 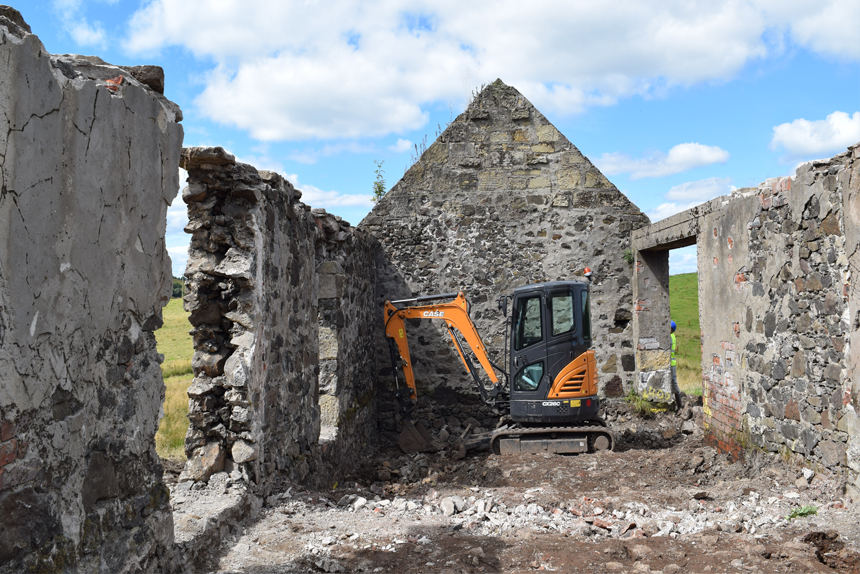 New Openings: The new opening on the front elevation is starting to be formed. 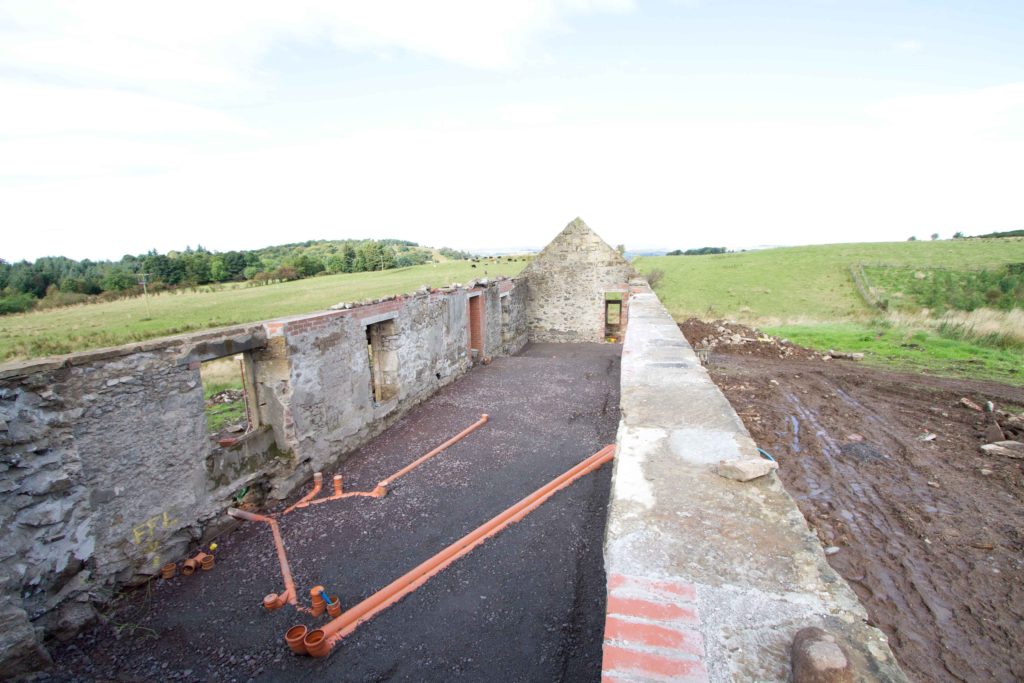 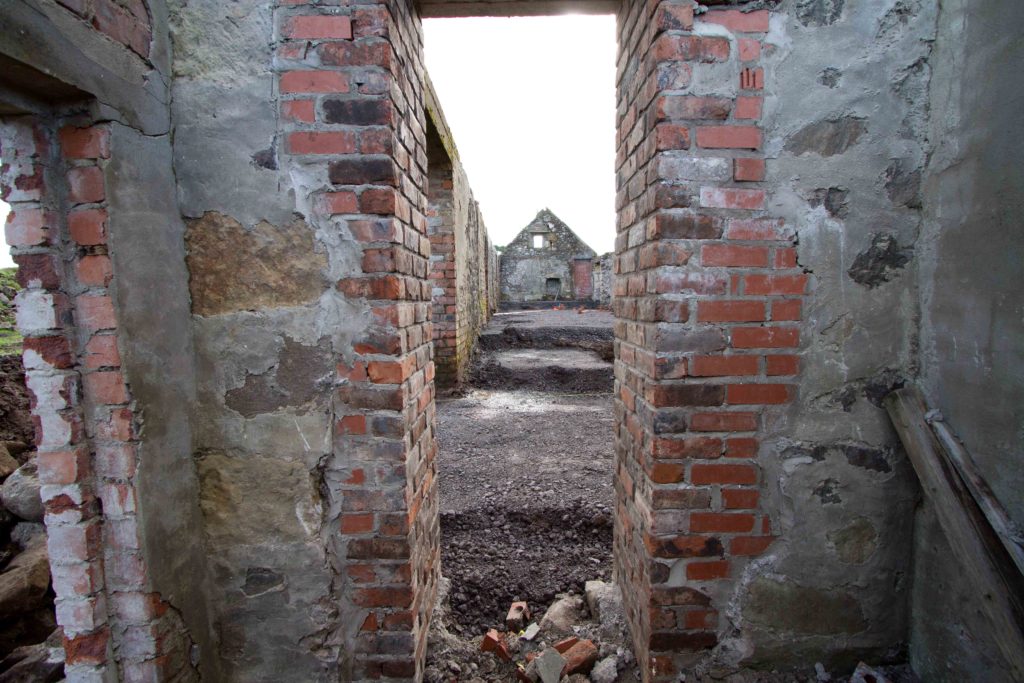 Progress update: Steel mesh being laid for the foundations 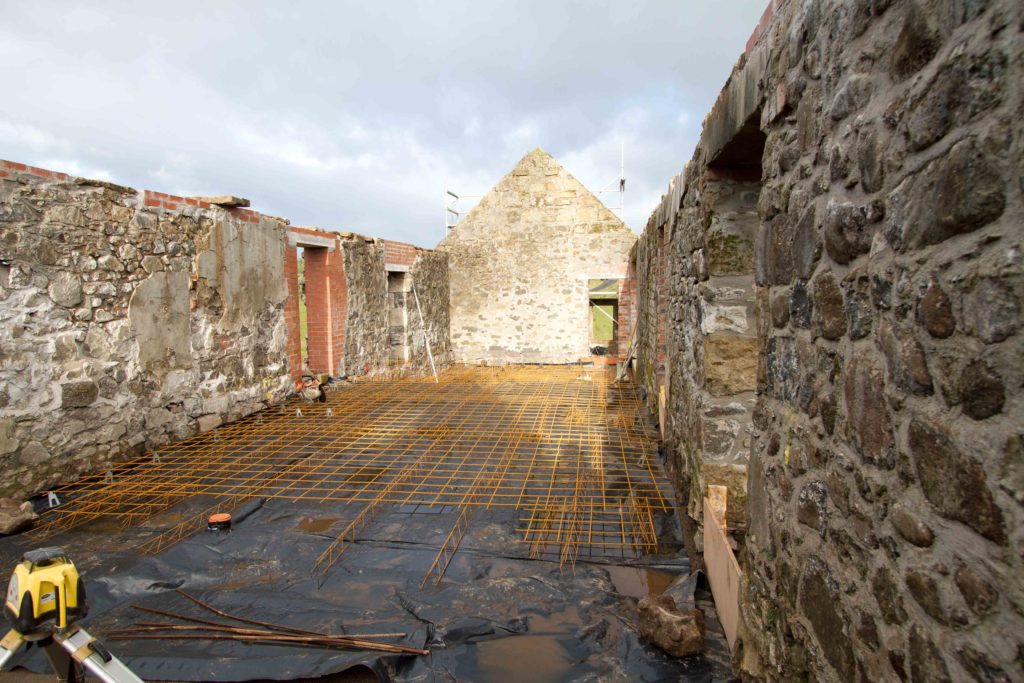 Foundations completed in the ruin area. 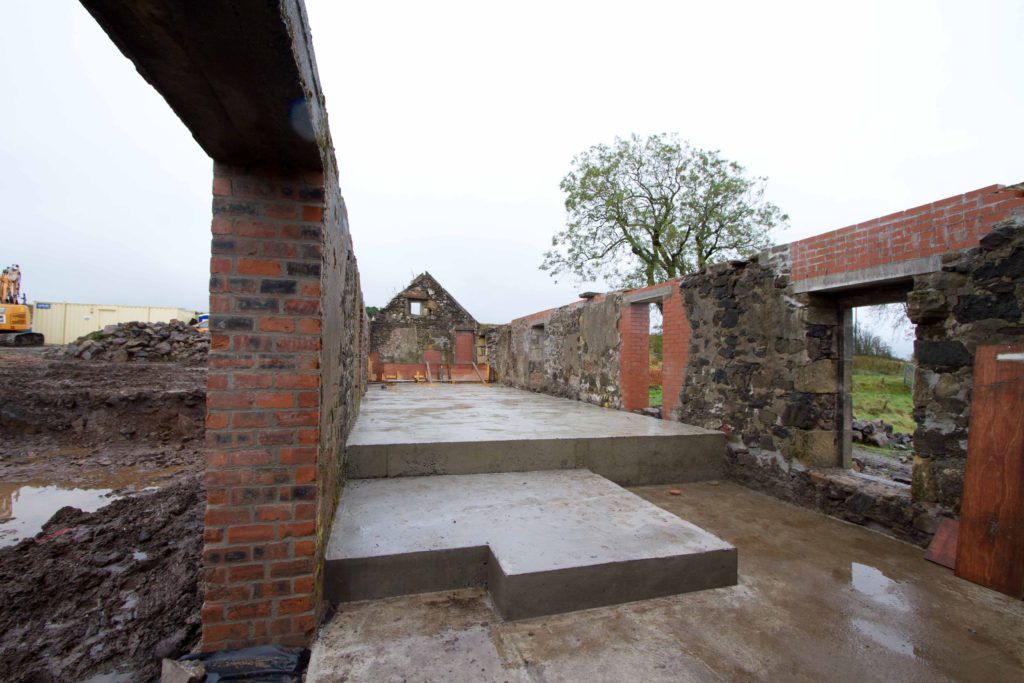 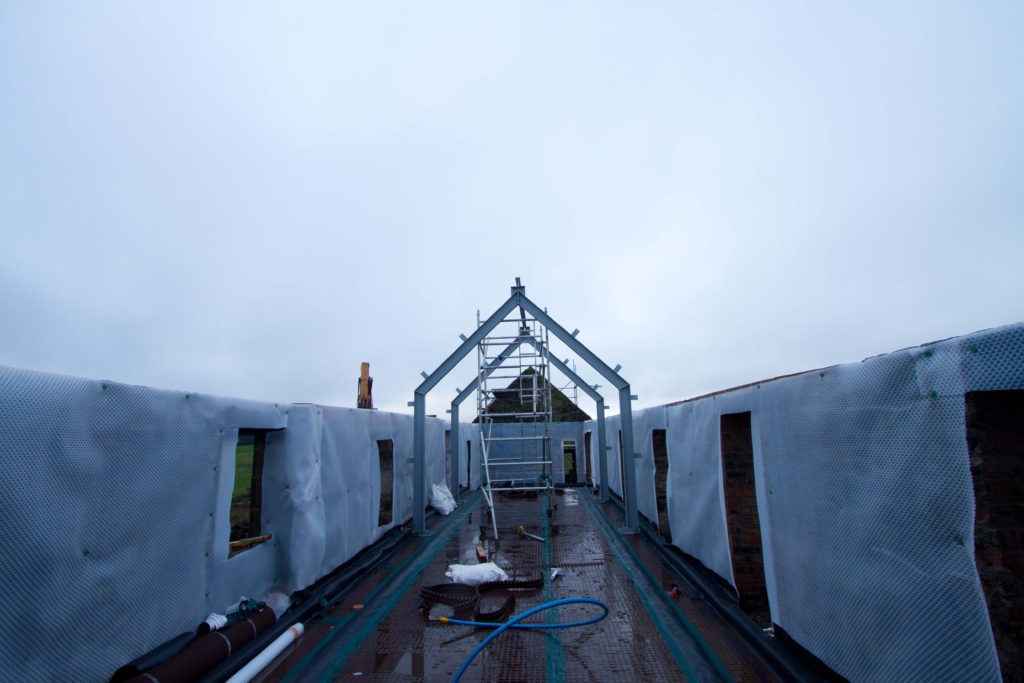 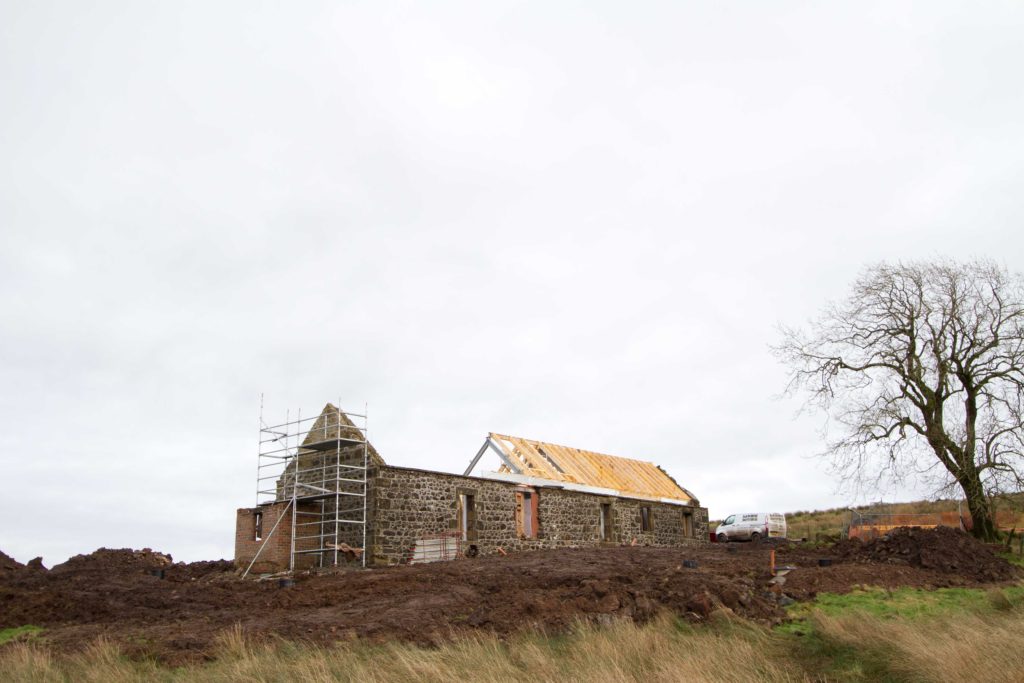 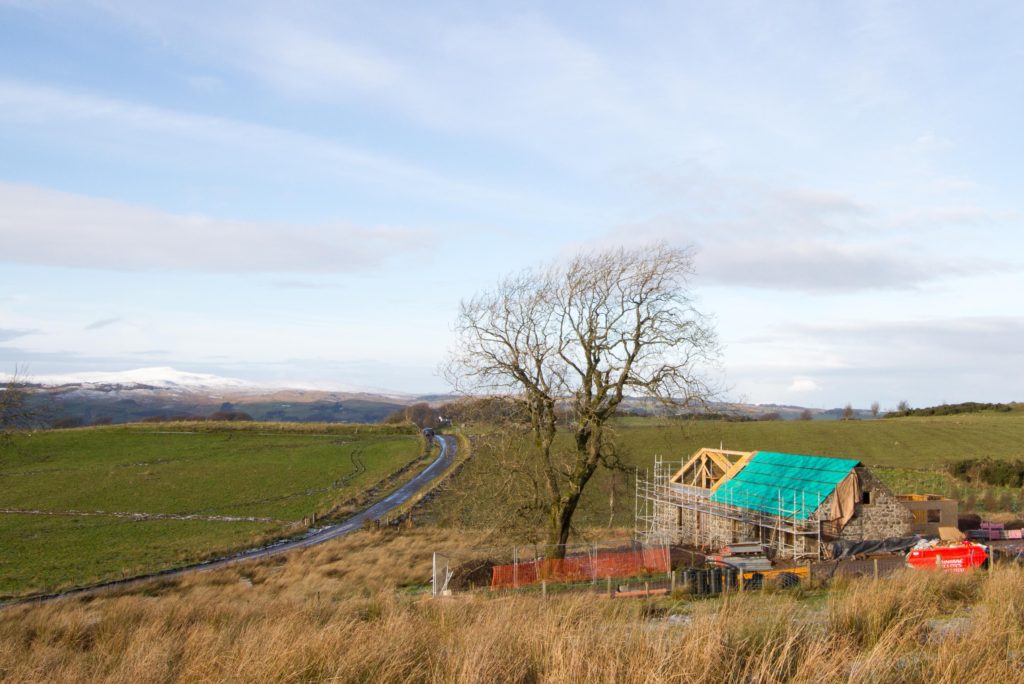 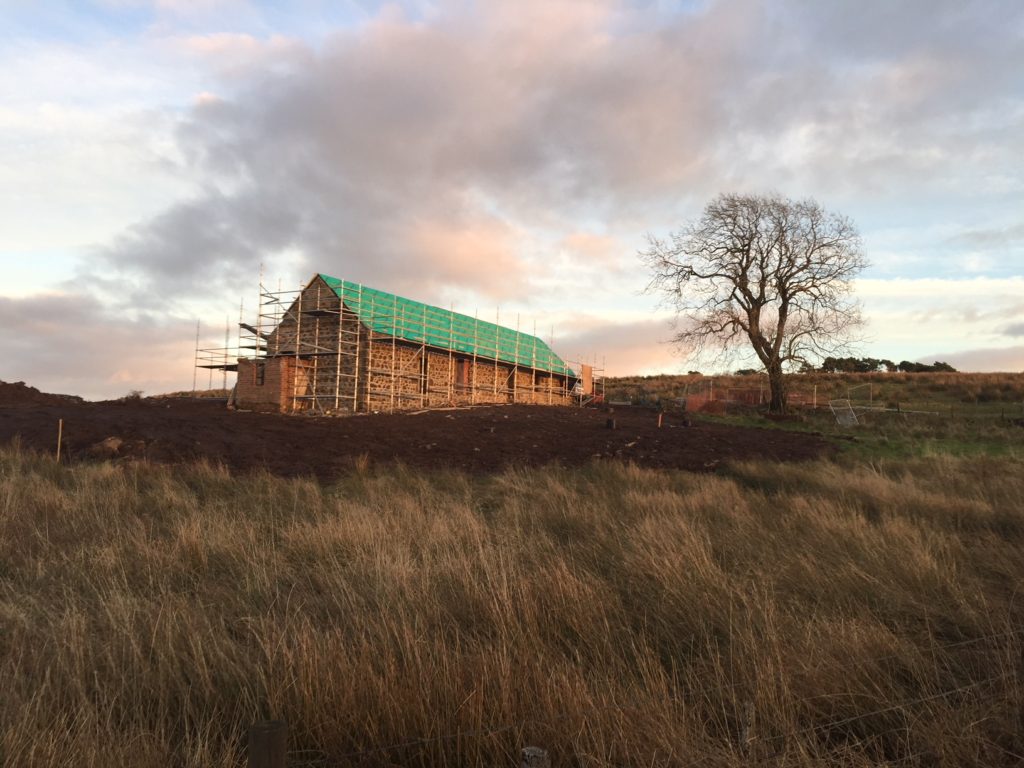 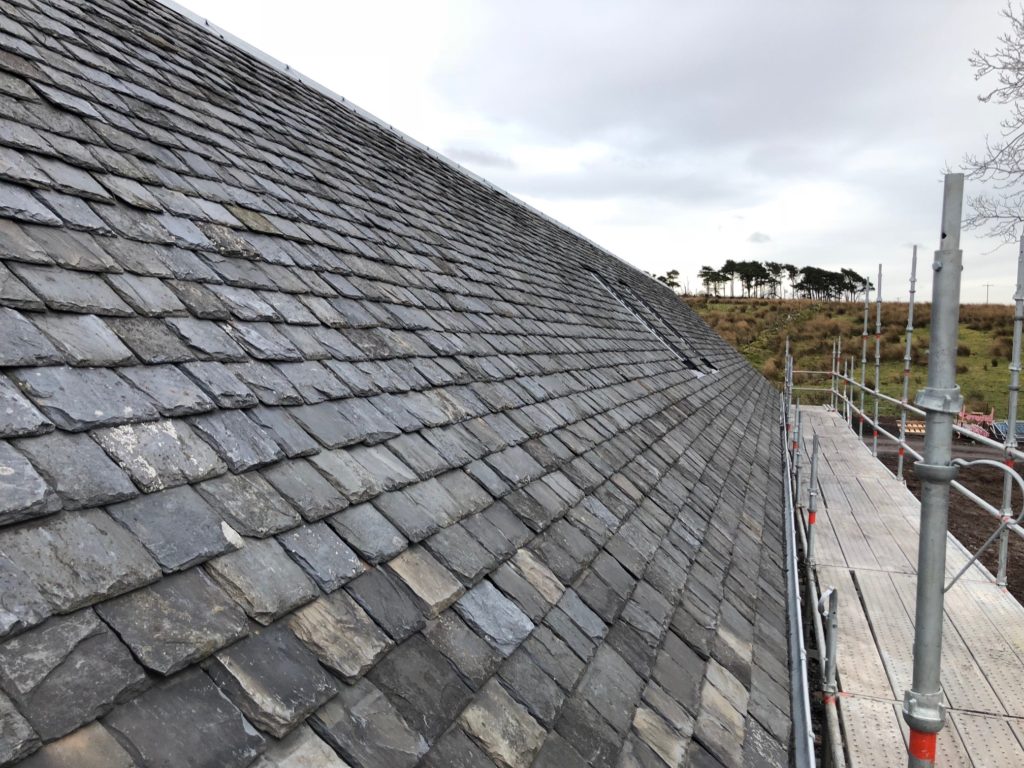