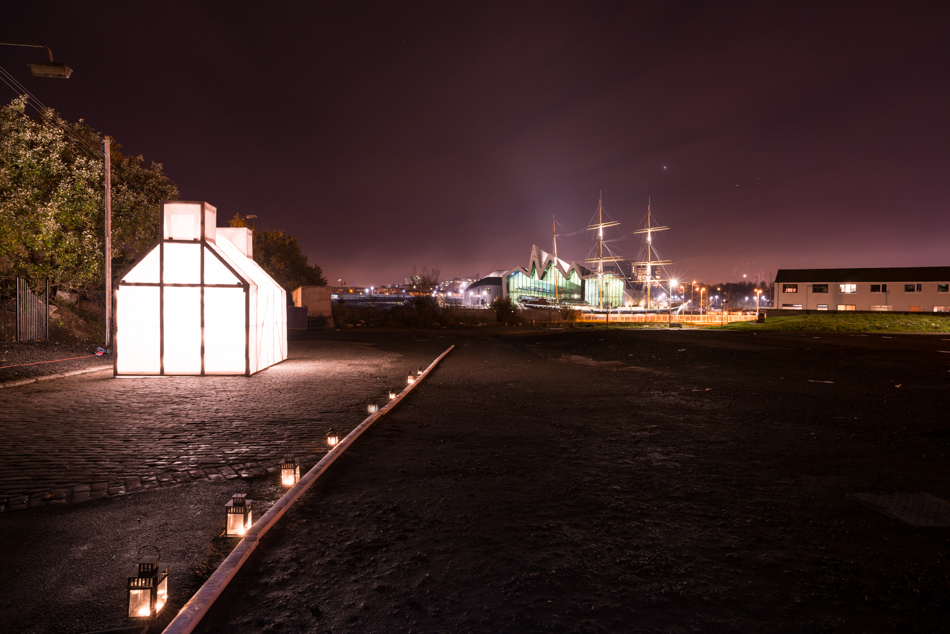 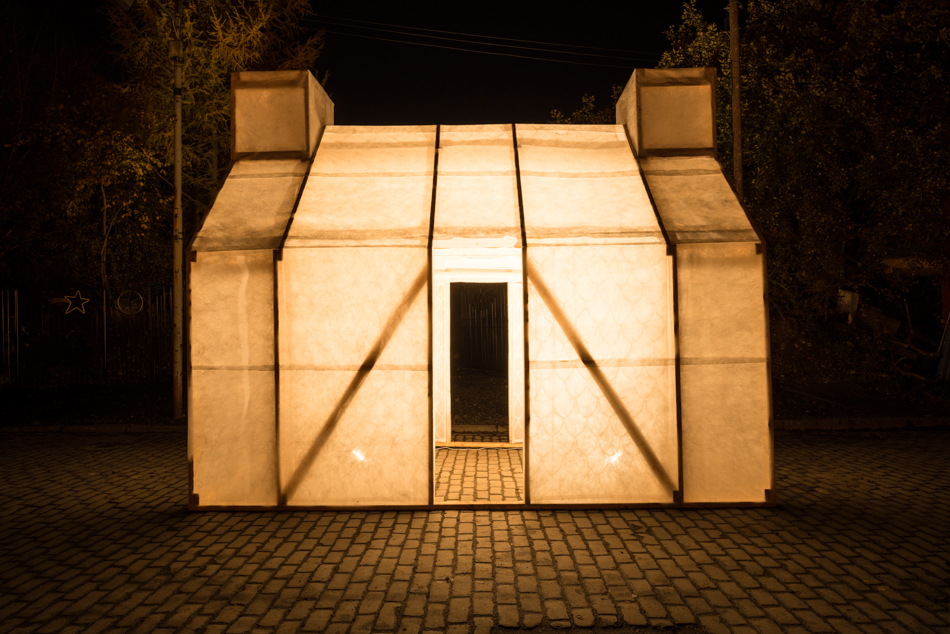 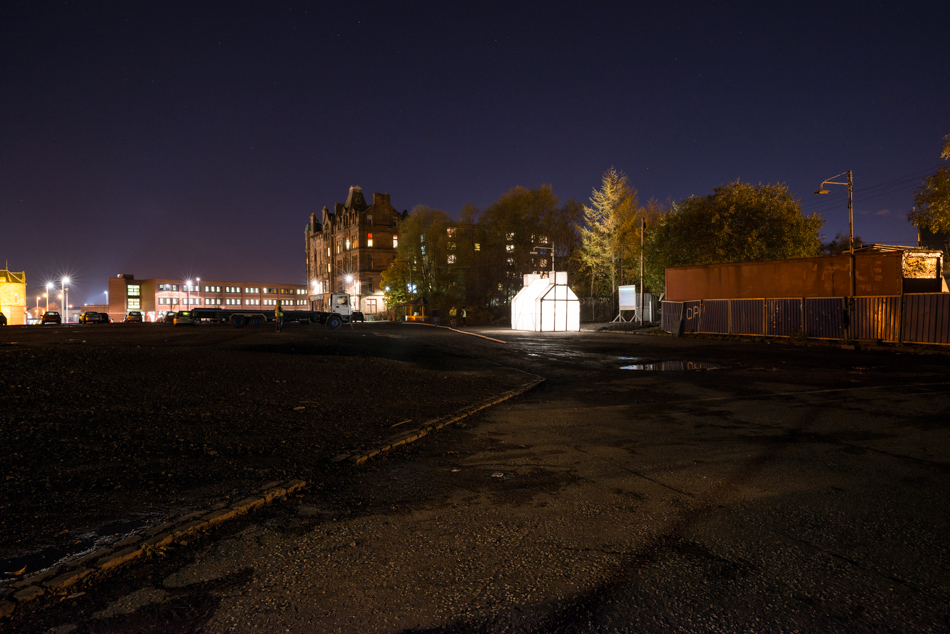 The Ghost of Water Row, Govan

Blurring the boundary between architecture and research-based, site-specific art, the Ghost of Water Row is an example of architecture’s capacity to provide cultural and historical commentary.  On 5 November 2012, celebrating the 100th anniversary of Govan joining Glasgow, the Ghost of Water Row stood for one night on the footprint of houses that once flanked the old route to the river.  The project celebrated the historical importance of Water Row in terms of Govan’s links to the river through its form, while also referencing its past industry in its fabric.  At the ghost and at related events held on that night including film and procession, visitors engaged with the past and were challenged to think about the evolving built environment of Govan and their own sense of identity in relation to the place.

The Ghost is a distillation of four buildings that sat on Water Row between 1700 and 1912.  It draws upon the proportions and nature of what was the Ferry Inn and weavers cottages.  Water Row consisted of a number of such buildings which sat in a gentle relationship to what was first a natural crossing or fording point of the river and later a sandstone slipway, now buried, offering flush access to the water. It was designed to appear in the dark and disappear in the daylight.  The temporary pavilion is made of pale Scottish spruce and patterned lace of pure cotton; the latter reflecting a time when Govan was dominated by the weaving industry.  Govan’s hand loom weavers ceased in early 1900 to make way for shipbuilding.  The pattern of the lace on the Ghost was taken from Flemish trade on the River Clyde.  It is known as “Guirlandes” (garlands). The pattern was moved from hand looming to mechanised looming and remains in production by MYB textiles in Ayrshire.

The Ghost of Water Row was built as part of a community engagement project and coincided with commemorative celebrations for the late Glaswegian sculptor George Wylie.   100 visitors participated in a lantern procession which was intended to evoke the ancient route to the river and the crossing.  The visitors were led behind a question mark made by George Wylie from Govan Old church to the ghost, whereupon  the ghost was used as a heritage engagement tool.  (Wylie’s public artworks made statements and asked questions about the past and future of Clydeside, so his symbol was seen to be a fitting banner for the evening’s events.)

The project won a prestigious RIAS Architecture Award and has been shortlisted for the Arts and Business Scotland Awards and Andrew Doolan Prize.

Lesley Riddoch commented, “I suspect we have just witnessed the controversial award of the night. As I understand it this project was initiated by the architects and has helped unite its community. In my view that’s one of the things architects are uniquely placed to do. I suspect that is what prompted the judges to recognise this extraordinary project.”

The project was developed in collaboration with Andrew McAvoy of www.andrewmcavoy.co.uk through the firm of Edo Architecture, other collaborators included Joshua Brown, MYB Textiles and Fablevision. The project was generously supported by BSW Timber and Arts and Business Scotland.

History of the Site of Water Row, Govan. 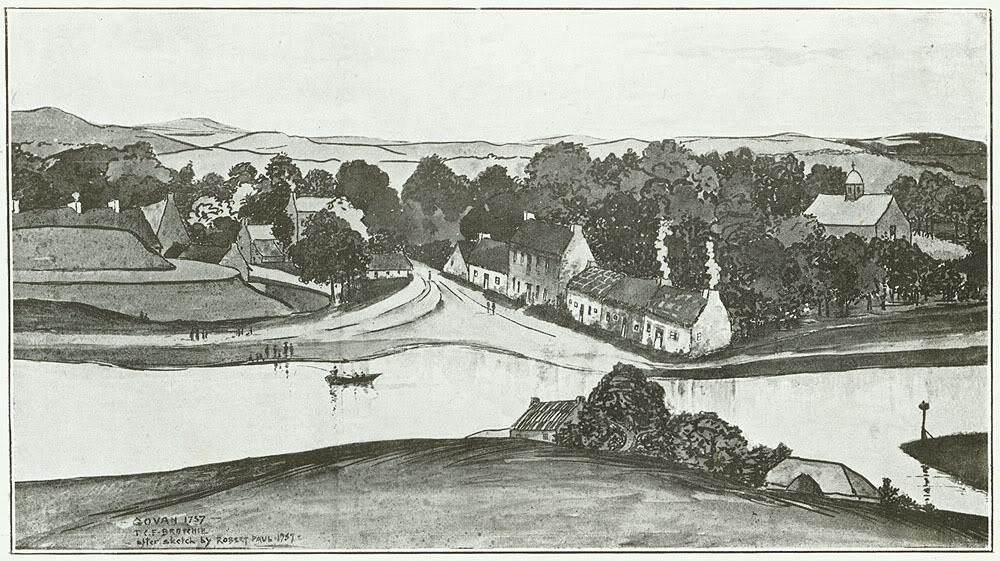 Water Row and Govan in 1757: Ferry Inn and Weavers cottages 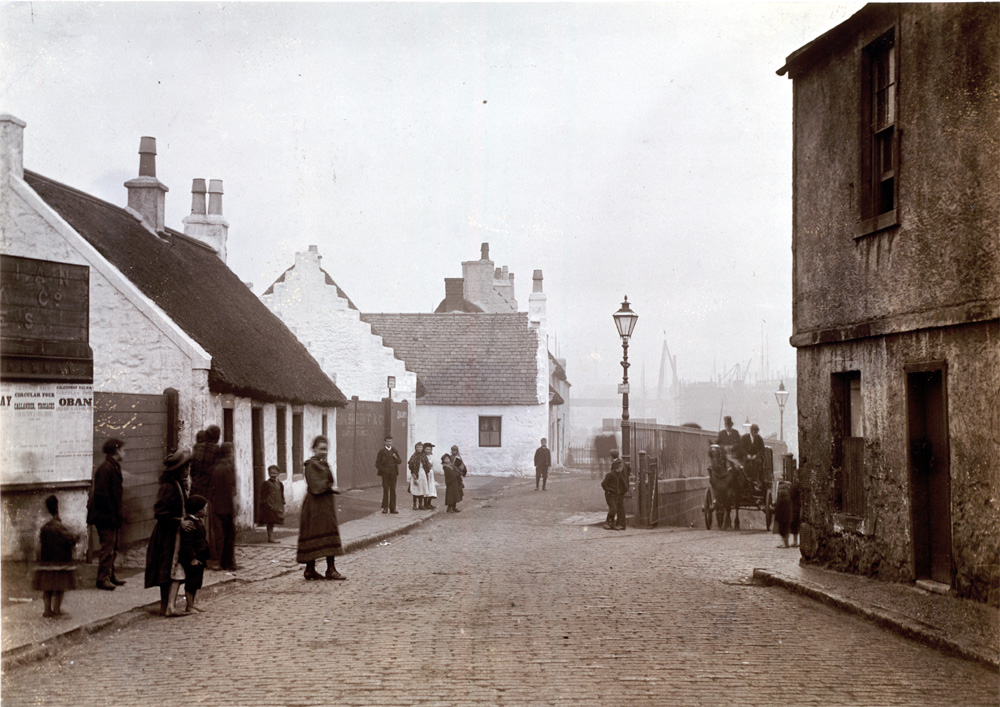 Water Row looking towards the Clyde in 1900 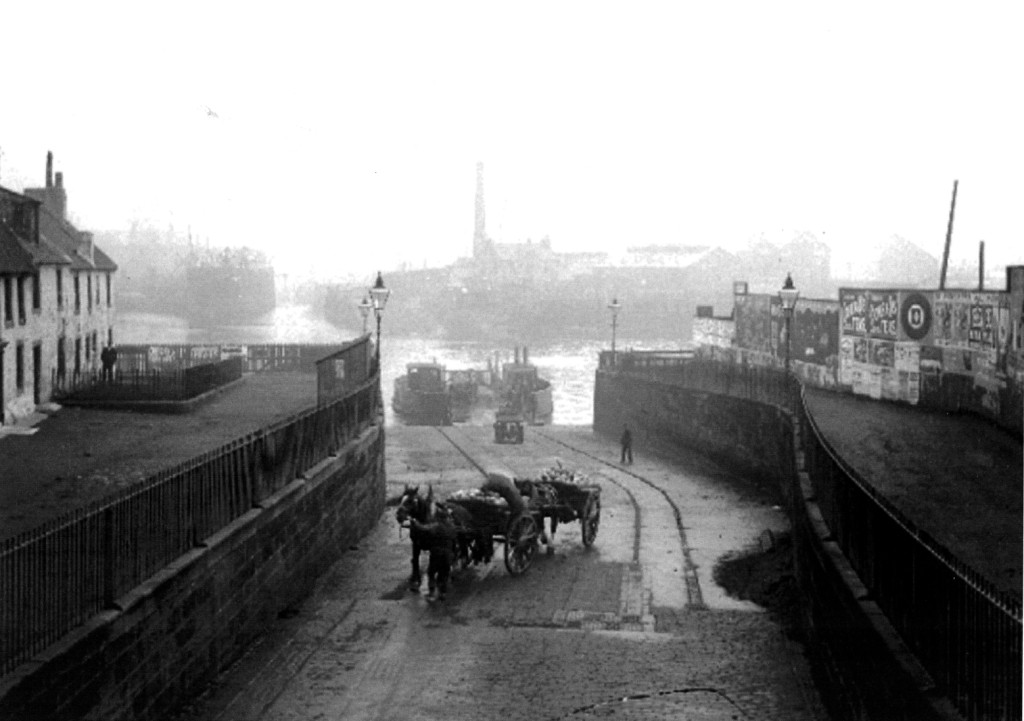 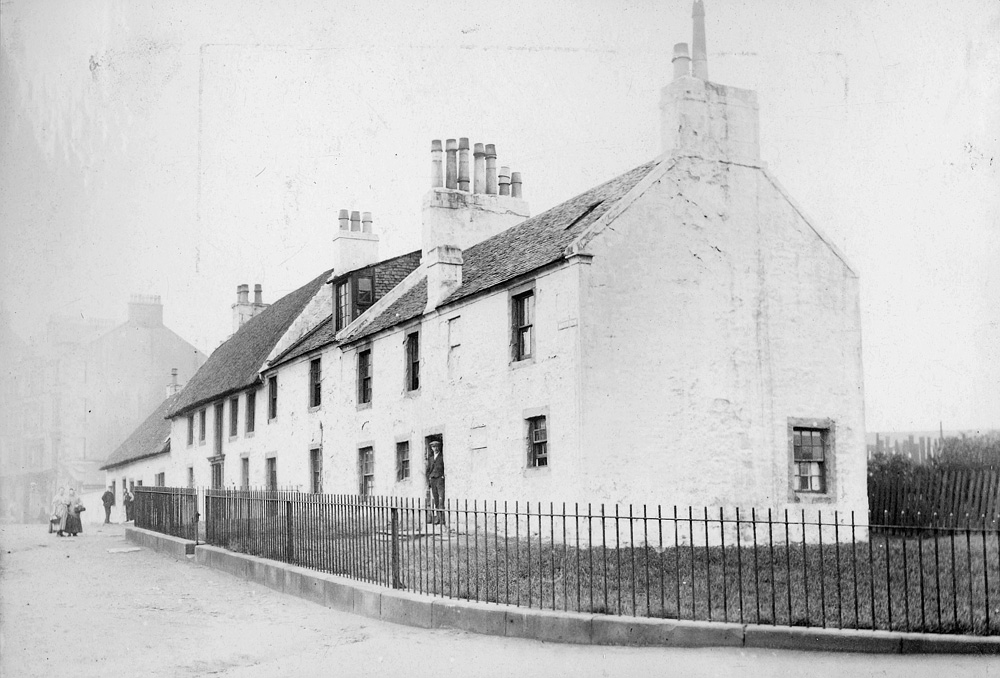 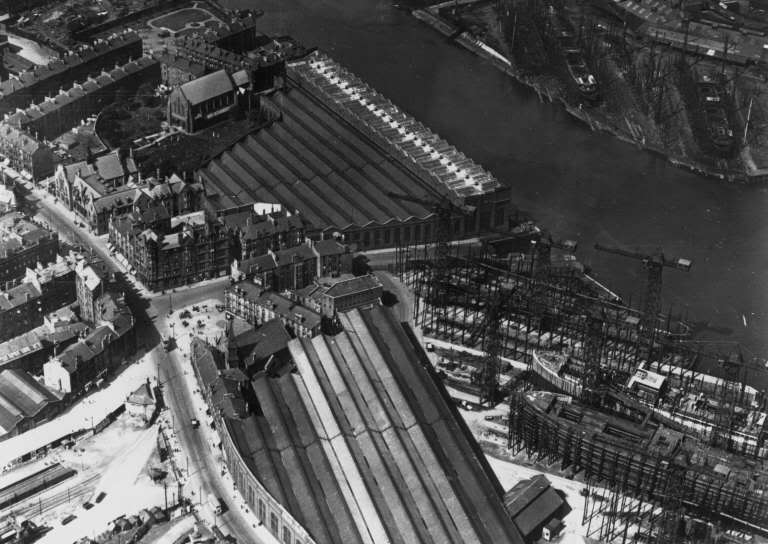